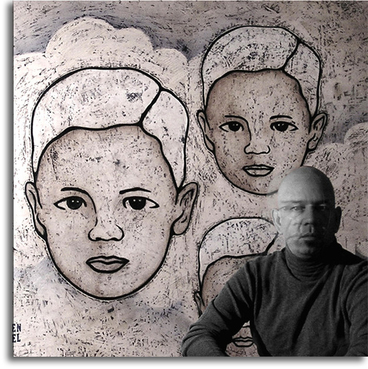 Mauricio Toussaint (born in 1960) is a contemporary artist of French and Mexican descent. Toussaint entered the Universidad Autonoma de Guadalajara to obtain a degree in architecture (he graduated in 1985 with a Bachelor degree). During this time, he was encouraged by a professor from the nearby Visual Arts Department to make art on his own. Invited to work at the open workshop at the Modern Art Center, he made prints from 1982–83 and soon after, he embarked on a series of paintings. In the mid-1980s he was asked to collaborate as an assistant curator at the Instituto Cultural Cabañas—his career in architecture officially replaced with art.

For the next several years, his paintings and prints were dominated by representational subject matter, but by the 1990s his approach changed to more conceptual concerns.

In 1995 Toussaint is awarded in two categories of the prestigious "VII October Salon" 1st. place in painting and 2nd. place in drawing, soon after leaving Mexico and traveled to Miami, Florida motivated by friends of the music industry, where he shows his work in several local galleries and alternative spaces and lives for several years. Moving then to Tucson, Arizona, where from 2000 to 2004 became a member of the collective of artists called Dinnerware Contemporary Art Gallery. He currently lives in Guadalajara. Spending time in USA where he shows his work regularly. His technique of preference is encaustic - beeswax and natural pigments - on Amate paper over birch wood panels and photography.

He has recently developed a body of photographic work, images accumulated over the years that have served the same way for the conceptual construction of some of his paintings. And which he now exhibits as another facet of the artist.

Although his paintings and photographs created by the overlapping of layers and full of surprise have been described sometimes like cryptograms or cryptography, they are not easily defined in terms of conventional categories. He uses drawing and photography as the medium through which creates such unusual compositions, admitting that his artistic activity is rooted in introspection. In that sense of harmony and careful position of the elements in his paintings, with the amazing fragmentation of texts that are readings from the Kabbalah, the Bible, the Koran and the world of the occult. Toussaint's work is a product of consciousness and the other conscious, not shy, but emotional.

He has had exhibits in several Mexican cities, Colombia, Spain, France, Korea and the United States.
In 2009 he became a US citizen. 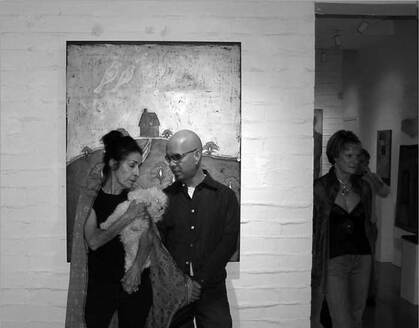